Many franchisors have come to rely heavily on outsourcing. When they first start, they will almost invariably outsource the development of their legal documents and their ongoing legal compliance. They will outsource some portion of their payroll and accounting to their accountant and perhaps a payroll processing company. They will also outsource both their consumer and franchise marketing efforts to a qualified ad agency and perhaps a franchise brokerage house.

Franchise brokers, also known as Lead Referral Networks (LRNs), have one primary role: to provide pre-qualified leads to participating franchisors in return for a success fee. A typical broker will represent numerous franchisors–often in the hundreds–and will act as a “matchmaker.” And while a broker will often add third-party credibility, once the selling starts, the broker will exit the picture and leave the heavy lifting to the franchisor. Thus, the broker is really an extension of the franchisor’s advertising budget.

A Franchise Sales Outsourcing firm, on the other hand, picks up where the broker leaves off (and may even get some of its leads from brokers). An FSO will typically take responsibility for franchise marketing input, initial lead handling, database input and maintenance, materials distribution, trade show attendance, preliminary lead qualification, disclosure, Discovery Day, document management and preparation and both pre- and post-franchise sales closing support. When dealing with an FSO, the franchisor is responsible for marketing expenditures and, of course, has the final decision on accepting any candidate.

FSOs are paid in various ways, and herein lies some of the controversy. Some FSOs will take a monthly processing fee combined with success fees for every sale. Others will look to take a percentage of the royalty stream or equity in the franchisor organization–which many in franchising (including this author) find to be an unworkable financial proposition.

Why Franchisors are Outsourcing Their Sales Function
To understand why outsourcing has become so popular, it’s important to realize the changes that have created this new market in the first place. From the franchisor’s perspective, the past five years have seen the convergence of two significant trends.

First, the surge of franchise companies has created an increased demand for quality franchise salespeople. According to FranDATA, more than 1,000 new franchisors have entered the market in the past four years. With a total market of about 3,000 active franchisors, this represents an increase of more than 50 percent. And second, over that same time frame, franchise brokerage firms have grown explosively–and by some industry estimates have been responsible for the loss of between 500 and 1,000 of the industry’s top salespeople.

This leaves the franchisor with three basic choices. He can pay top dollar to recruit a franchise sales pro. He can try to sell franchises himself. He can use someone who does not have any franchise sales experience. Or he can outsource his franchise sales.

Tried and True–Recruiting a Pro
Consider the first alternative.

The first problem faced by startup franchisors is that established sales pros are unlikely to want to work with them in the first place. They will wonder whether the franchisors have the long term commitment, whether they have the financial resources and whether they will spend the money necessary to generate an adequate number of leads. Often, smaller franchisors must sweeten the pot with equity. Even without equity, there are the costs of recruiting and relocating a franchise sales executive.

Then there are the associated overhead expenditures. Employee benefits and FICA alone can add 30 percent or more of someone’s salary. Hiring a clerical person to handle inbound leads, send out packages, organize and maintain compliance files, plus associated expenses (desks, computers, contact management software, etc.) and office space add to the mix. FSOs, by comparison, allow the franchisor to avoid virtually all of the startup costs.

Then there is the question of capacity. A good franchise salesperson can sell 25 franchises per year or more (depending, of course, on the nature of the franchise being offered). Franchisors who want to sell fewer franchises will find that salespeople, who are looking to build their resumes and pocketbooks, will be even more reluctant to leave an established franchise company to join them. FSOs, of course, are able to avoid these difficulties by assigning their franchise salespeople to multiple franchisor accounts (usually two to three).

So while FSOs can be more expensive than hiring internally at certain levels of sales, at some levels of franchise sales they can actually be more economical. Moreover, if a new hire does not work out, for whatever reason, franchisors must start the hiring process all over, hoping that they can fill the void quickly while their current leads go bad. An FSO, on the other hand, will have additional staff that it can plug in if it loses a salesperson–and most will contractually commit to certain levels of franchise sales.

Sink or Swim — Hire a Neophyte (or try it yourself)

A franchisor can also hire someone with less experience for a lower cost. But if a franchisor takes this route, he or she needs to understand the real costs of this strategy.

Obviously, the reason a seasoned sales pro commands a significant premium in the marketplace is the perception (and the general reality) that this experience will lead to more sales. If a franchise salesperson cannot outperform inexperienced counterparts, why would anyone pay him or her a premium? So what does this mean to a franchisor?

In order to answer that question, we need to know two things: how many incremental franchises would an experienced franchise salesperson sell and what is the present value of each franchised sale?

One way to look at the second question is to look at lost royalties. If a franchisor collects a 6 percent royalty on average revenues of $500,000, that can equate to $30,000 per year for the next 20 years–$600,000. Of course, there are expenses associated with that, but you get the idea. When considering the present value of a single franchise, this lost productivity can have a significant hidden cost.

Outsourcing as an Alternative

Franchise sales outsourcing is not for everyone.

First, outsourcing can be a more expensive alternative–especially at more aggressive levels of franchise sales. This type of cost benefit analysis is, of course, best completed on an individual basis after considering internal capabilities and experience, desired rate of growth, and the financial resources available.

Aside from cost, there are other considerations. Outsourcing your franchise sales activities does not allow the franchisor to build an internal core competency around the franchise sales function. And, of course, there is also the question of the degree of control one can exercise over an outsourced organization.

But for some franchisors, franchise sales outsourcing can free resources and speed growth, while allowing them to focus on making their franchisees more successful. And franchisee success, along with the good “buzz” it creates, is what ultimately builds strong franchise brands.

To find out precisely what is involved in working with us to franchise your business, how long it will take and what it will cost, call us on 1-323-536-1516 or e-mail at andy@arc5development.com. 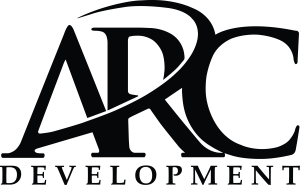 The Benefits of Franchising

How Much will it Cost?

How do I Proceed?

To find out precisely what is involved in working with us, please call us on 1-323-536-1516 or e-mail at andy@arc5development.com. 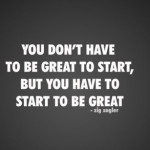